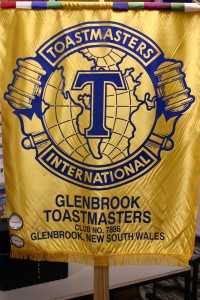 The inaugural meeting of the in formation Glenbrook Toastmasters Club was held at the  Blaxland Library  early in 1990.

This followed a most successful recruitment campaign by Ian Schleter and Trevor Lloyd from the Springwood Toastmasters Club (the host club). The Club reached charter strength rather quickly as a result of the excellent work carried out by Ian and Trevor. A saturation letter box drop and poster display was reinforced with face to face contact. Many a cold morning (in the early hours), was spent on Glenbrook railway station talking to commuters about the benefits of membership. This proved to be a winning formula with over 40 people attending the demonstration meeting.

There were ten members of Springwood Toastmasters on hand to assist in the demonstration with the president of Springwood, Chris Parker, chairing the meeting. Phil Simpson from Springwood delivered the table topics session.

John Bulliss delivered an address wherein he spoke of the opportunities available with membership and how an individual’s goals can be attained. Alderman Bob Clarke also addressed the gathering and noted the eclectic group of people attending which indicated the need for such a community based organisation such as Toastmasters and felt that such a group would provide an enjoyable, friendly venue for training for the community of Glenbrook and surrounding areas.  Other roles were carried out on the night by Graham Taylor, Neil Sookee and Richard Watkins.

On 17 October, 1994, Glenbrook Toastmasters hosted another demonstration meeting to seek further members. This was during the time when Barbara Hill was Glenbrook’s president.  In preparation for the Club’s Table Topics contest that year, club member Helen Douglas gave a workshop on impromptu speaking. 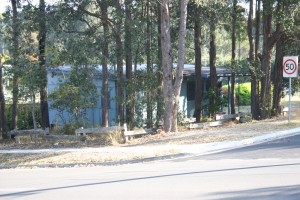 In 2003, the Club moved to the Glenbrook Guide Hall, Cnr Hare St and Moore St, Glenbrook.

In March 2014, due to increased club grow the Club moved to its present location at Blaxland Public School.